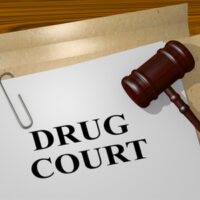 What does an expungement do?

After drug court participant’s records are expunged, their previous offenses are taken off public record. Record searches return a result of “no record information,” rather than a report of their legal history. However, it is more accurate to say that an expungement segregates the offender’s records, rather than destroys them. An expungement does not withhold criminal history when the person:

Who is eligible for expungement?

What is the expungement procedure for participants who graduated after April 18, 2016?

On April 18, 2016, the drug court expungement process was streamlines to allow drug court participants to more quickly and easily expunge their records.

To initiate the process of expungement, the graduate should bring the matter of their expungement to the attention of the drug court judge prior to their graduation. The applicant, guided by their attorney, then fill out a proposed listing all the offenses they have been charged with. After the court signs the order, the applicant and their attorney must serve the order to all relevant parties.

This streamlined process takes between five and six months, and typically requires no court appearance by the applicant.

What is the expungement procedure for participants who graduated before April 18, 2016?

This process typically takes between eight to twelve months, though in some cases can take longer.

Drug Court Problems and Reforms During the National Opioid Crisis