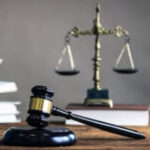 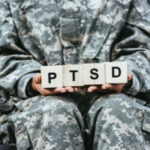 Expansion of Guidance for Discharge Upgrades in PTSD-Related Case

In September 2014, Secretary of Defense Chuck Hagel published a memorandum that directed discharge review boards to “fully and carefully consider” any petition concerning claims that PTSD symptoms existed at the time of the veteran’s discharge and contributed to underlying misconduct that prompted an adverse discharge. The memo directed the boards to give timely… Read More » 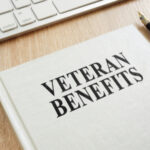 Alabama “The most unique benefit Alabama offers is the Alabama G.I. Dependent Scholarship. There are few like it. It offers dependents of Alabama’s disabled Veterans educational opportunities that may not be possible otherwise. It helps cover the costs of tuition, textbooks and instructional fees for undergraduate courses at any public college in the state…. Read More »

Passed by Congress in 2008, Combat Related Special Compensation (CRSC) is a program to assist disabled, retired combat veterans.  Before CRSC, veterans could not concurrently receive retirement pay from the Department of Defense (DoD) and disability benefits form the Department of Veterans Affairs.  Prior to CRSC, any monetary benefits received from the VA was… Read More »

Which Attorney to Hire?

If you’re a veteran with a legal issue, hiring a fellow veteran as your attorney seems like a no-brainer.  But in addition to the comradery and relatability factors, you may not realize that there are significant legal advantages to having a veteran handle your legal matter. Here at Citizen Solider Law, we focus in… Read More »

There are very few traumatic experiences that equal the trauma of sexual assault.  But consider the trauma of being wrongfully accused of sexual assault., especially in the age of the #metoo movement.  Whether you are in the military or in higher education (Title IX process), or both, you will find yourself in an arcane… Read More »

According to the RAND Center for Military Health Policy Research, 20% of the veterans who served in either Iraq or Afghanistan suffer from either major depression or post-traumatic stress disorder and according to the National Institute of Drug Abuse, 25% of veterans showed signs of substance abuse disorder.  Furthermore, more than half of the veterans involved with the… Read More »

Thomas Roughneen and Associates is one of the most capable and professional groups I have ever had the privilege of working with! I called the firm in 2019 with an administrative problem that had lasted for almost a year. It was an impossible task. I say this because, even though I had the regulations on my side, my chain ... Read More

I reached out to Thomas Roughneen & Associates for help after making a mistake that could have effected me for life. Everyone was extremely helpful in all aspects of my case and were constantly in touch with me. Even after we went to court they kept in touch to make sure all of the proceeding events went smoothly. I would ... Read More