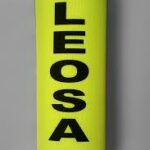 Citizen Soldier Law Leading a Team of Experienced Federal Litigators Suing the State of NJ, the NJ Attorney General and the Superintendent of the NJ State Police to Secure Your Rights Pursuant to LEOSA

The lawyers at Citizen Soldier Law are focused on the rights of law enforcement and approved for the PBA Legal Protection Plan.  But this is different and separate from anything to do with the PBA. We are leading a team of experienced federal litigators and want you to help us sue the State of… Read More »

Passed by Congress in 2008, Combat Related Special Compensation (CRSC) is a program to assist disabled, retired combat veterans.  Before CRSC, veterans could not concurrently receive retirement pay from the Department of Defense (DoD) and disability benefits form the Department of Veterans Affairs.  Prior to CRSC, any monetary benefits received from the VA was… Read More »

Which Attorney to Hire?

If you’re a veteran with a legal issue, hiring a fellow veteran as your attorney seems like a no-brainer.  But in addition to the comradery and relatability factors, you may not realize that there are significant legal advantages to having a veteran handle your legal matter. Here at Citizen Solider Law, we focus in… Read More »

There are very few traumatic experiences that equal the trauma of sexual assault.  But consider the trauma of being wrongfully accused of sexual assault., especially in the age of the #metoo movement.  Whether you are in the military or in higher education (Title IX process), or both, you will find yourself in an arcane… Read More »

New Jersey is known for having some of the strictest gun laws in the United States. The New Jersey Legislature believes that stringent gun laws are necessary to keep guns out of the hands of criminals, however these laws lack nuance and end up incriminating law-abiding men and women, especially veterans of the United… Read More »

According to the RAND Center for Military Health Policy Research, 20% of the veterans who served in either Iraq or Afghanistan suffer from either major depression or post-traumatic stress disorder and according to the National Institute of Drug Abuse, 25% of veterans showed signs of substance abuse disorder.  Furthermore, more than half of the veterans involved with the… Read More »

I reached out to Thomas Roughneen & Associates for help after making a mistake that could have affected me for life. Everyone was extremely helpful in all aspects of my case and were constantly in touch with me. Even after we went to court they kept in touch to make sure all of the proceeding events went smoothly. I would ... Read More

I came to Thomas Roughneen and associates after I received some pitfalls concerning my Medical Evaluation Board/Disability Evaluation System case with the Air force and the NY Air National Guard. I served the NYANG for over 16 years and also an Operation Iraqi Freedom Veteran. As the years progressed after my deployment in ... Read More

I’d like to express my deeply felt gratitude and respect for Thomas Roughneen and Associates LLC. From the very first time I met Thomas, I felt a great sense of relief and release from the legal mess I’d gotten myself into. I was impressed by the deep appreciation Thomas has for veterans. He explained to me the legal ... Read More