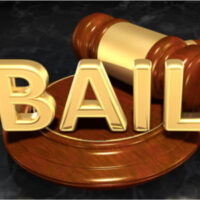 New Jersey’s new pretrial release system, implemented on January 1, 2017, replaced the traditional bail system by minimizing cash bail and instead consider the defendant’s risk of not reappearing at court or committing another offense while waiting to appear. Rather than set a monetary bail, attorneys present the results of a Public Safety Assessment, which uses an algorithm to determine whether the defendant is likely to recidivate or fail to appear in court. Unless they have been charged with a murder or an offense that carries a sentence of life imprisonment, the hearing operates under a presumption of release, requiring the prosecutor to prove that the defendant should be incarcerated.

The new system has had some success. Since December 2015, overall pretrial detention rates have declined by 43 percent. And despite claims that releasing defendants before their court date would cause an increase in crime, the NJ State Police Uniform Crime Reporting Data demonstrated no significant increase in violent crime since the new system was implemented three years ago. In fact, the new pretrial release system has the potential to better protect communities, because it takes the likelihood that a defendant will recidivate into account when deciding if they will be released. In the old system, bail hearings operated through the lens of the defendant’s likelihood to return to court, not the chance he or she would commit another crime. As a result, a defendant with enough money could be released on bail for almost any offense. Furthermore, the new system gives the court more options on the conditions of a defendant’s release; for example, the court can impose a curfew, prohibit the defendant’s access to firearms, or require that he or she seeks employment.

The new pretrial release system is far from perfect. Although the Public Safety Assessment fails to consider the defendant’s gang involvement, history of drug abuse, lack of

employment, or other relevant factors, judges still treat PSA scores as the deciding factor in determining a defendant’s release. Most scores recommend that the defendant be released, and when they do, prosecutors are rarely able to convince the judge to do otherwise. In order to allow the new pretrial release system to better serve communities, PSA scores should be treated as merely advisory and judges should use more discretion when determining whether a defendant should be released. Furthermore, the presumption of release should be lowered to only low-level offenders and exclude defendants accused of first-degree crimes. Doing so can allow New Jersey’s pretrial release system to maintain the integrity of the criminal justice system while ensuring that it prevents defendants from committing new offenses.

The “Deborah Nixon Special Needs Trust Inclusion Act,” introduced by U.S. Representative Mikie Sherrill, D-NJ-11, on 19 March 2021, would not entirely be possible, without the legal guidance and representation from Thomas Roughneen, Esq. This Act would allow veteran participants in the Survivor Benefit Plan (SBP) to ... Read More

I cannot say enough about Chris Ann Wright. She is nothing short of extraordinary. She honestly cares about her clients and goes above and beyond. I had first met Chris Ann 5 years ago going through an extremely ugly custody battle and she was there to help in every way she made me feel I was her only client among the many ... Read More

Chris Ann has gone above and beyond our expectations in terms of assisting us with the closing of our first home together. She is incredibly knowledgeable and quick to respond and take action. She is a zealous advocate and ensures that the other party in the transaction is not cutting corners just to get a deal to go ... Read More