Using A Board Of Corrections Decision For IDES Consideration 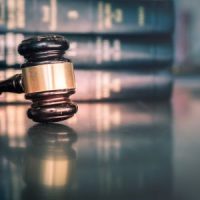 BLUF:  CPT Soldier-Officer does not have a set of facts that lead to winning arguments that would be considered favorably by the ABCMR.  Unfortunately, she does not have sufficient medical treatment to justify one year of profiles that ended with a P3 profile or that she was nondeployable – the basic rules for undergoing an MEB.

DISCUSSION:  To be eligible for the IDES/MEB-PEB process, a Soldier has to have:

(a) one-year of profiles that led to an P3 profile (worsening back injuries over the course of a year to which they did not respond to treatment);  or, one significant injury (e.g., an acute service-connected injury), or illness or disease (diabetes, cancer, etc.); and,

(b) those injuries made the Soldier non-deployable and a danger to the safety to themselves or others in a deployed environment.

Based on our review of the medical records provided by CPT Soldier-Officer, DOES NOT meet these criteria.

a.  Post 9/11:  she would be eligible for 9-11 benefits due to the disability retirement (she had not yet earned the benefits due to her 5-year ADSO.  She would have earned up to 100% eligibility over the next three years (or until 2022).  CPT Soldier-Officer is eligible to be considered for VOC REHAB.  However, she would need to convince the counselor that she cannot find a job in her military specialty.

b.  Given that CPT Soldier-Officer has a 50-percent disability rating, she can be seen by the VA for any medical condition regardless of service connection.  Any future TRICARE would be for her and any future dependents – a significant lifetime benefit.

CPT Soldier-Officer initially injured her back in mid-2015.  It was not, really, until mid- to late-2019 – after her approved REFRAD, that her back issues were significantly exacerbated and treated.  Again, there are no profiles or documentation that she had back issues, was repeated treated, that the treatment was unsuccessful, and that she was non-deployable.  This is an important point considering she medically cleared for and was deployed without medical incident in the year immediately prior (2018-2019) to her approved REFRAD and transition out.  While her injuries and treatment were significant in May to August 2019, this was after her approved REFRAD.  The Army’s response to any arguments we make will be that insofar as she was being released from active duty, the Army had no obligation to retain her on active duty AFTER her approved REFRAD solely for the purpose of obtaining a medical retirement.  Particularly, considering the documented injuries were after the approved REFRAD.  The Army would further argue that the VA was the proper agency to treat and compensate her for her a service-connected injuries.

Also a line of duty or LOD investigation would be necessary since she is a Reserve Component Veteran.

There are legitimate arguments that CPT Soldier-Officer can make, but they are not winning arguments.  For example, we could argue that we are not asking for an outright medical retirement but would request that the Army place her records in the IDES process.  We could ask that, considering the single 40% VA rating for her back, that had she gone through an MEB she would have been found to be non-deployable and therefore should receive a disability retirement at 40-percent. Again, the facts do not support this argument because the injuries were in the months immediately before discharge, and the Army would decide that the VA would be the appropriate agency to address the service connection.