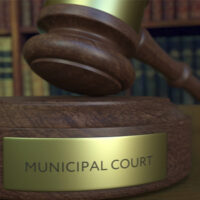 In the municipal court, Storm’s attorney moved to disqualify Hedesh as a prosecutor because his representation in the civil case prevented him from being an impartial prosecutor. Although the municipal court denied the motion, the Appellate Division granted  leave to appeal and reversed, finding that Hedesh had a conflict of interest that impinged on Storm’s right to a fair trial.

By Citizen Soldier Law | Posted on July 30, 2020
« Filing a Complaint in Municipal Court
Retired Police Suing NJ To Secure Your Rights Under LEOSA »