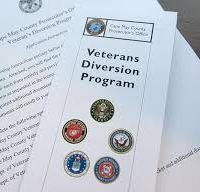 The United States and its people and institutions are protected by an all-volunteer military. These trained professionals adopt as their vocation service to us all. This year is the first within the last 20 years without an “active” war. That fact underscores the sacrifices these exceptional Americans and their families have made for us and our country. They ask for little in return. Yet, we owe all of them and their families a debt of enduring gratitude that should go beyond a yellow ribbon and a “thank you for your service.”

As our adversaries, and there are many, seek to upend our freedoms and our commitment to the Rule of Law, it is our service members who stand in harm’s way. It is they who run toward every threat. And it is they who preserve the precious freedoms that we sometimes take for granted.

The U.S. has increasingly been challenged. And the men and women in our armed forces have stepped up every time so that we may continue to enjoy the fruits of their sacrifice.

Unfortunately, many pay a dear price that is difficult for us to fathom. Service often takes a toll in varying degrees on those engaged in our protection. The transition from war zone to home front can be difficult. Often unseen by veterans are war’s harmful effects on them.

Whether it is reliving traumatic events in the night, reacting to a car backfire as if it were a roadside bomb, trying to engage ordinary people without fear, dealing with broken relationships or falling into alcohol and substance abuse as an escape, these drivers of behavior often expose service members, past and present, to conflict with the law.

Indeed, the U.S. Department of Veterans Affairs (VA) estimates almost one out of five veterans suffers from some form of Post-Traumatic Stress Disorder (PTSD). This condition includes depression, detachment, irritability, anger and the inability to concentrate. Unstructured “free” society can amplify these disabilities as there is no structured organization to control them.

The significance here is that these problems were created by what we asked our service members to do for us. Therefore, we have a special obligation to rehabilitate these valuable members of our society from the problems caused by their commitment to our country.

To successfully address the problems of justice-involved veterans, we need to recognize (1) but for their service these problems would not have occurred and (2) special considerations should be made to address behavioral triggers.

This is the aim of the Veterans Diversion Program (VDP).

The idea for diverting veterans out of the criminal justice system originated with a Judge in Buffalo, New York. When he became alarmed at the growing number of veterans before the city’s drug and mental health courts, he began working with local medical providers associated with veterans and volunteers to create a Veterans Diversion Court for veterans charged with non-violent crimes. By 2017, 40 states had similar courts that successfully diverted approximately 10,000 veterans away from jail annually.

Passage and Structural Organization and Administration

New Jersey chose not to create a Veterans Diversion Court as many other states had done. Instead, the law was modeled after the concept of case grouping and specialized administration as with New Jersey’s “Drug Court.” However, while Drug Court is administered through the Superior Court system, the Veterans Diversion Program is primarily left in the hands and discretion of the county prosecutors. Consequently, the effectiveness of the program is dependent on the commitment of 21 prosecutors, and the law’s implementation has not been uniform.

In those counties where the VDP is embraced, it has proven very successful. For instance, Atlantic County has made the program a priority. There to date, 46 veterans have enrolled, 36 graduated, three were terminated for non compliance and seven others are currently participating. The resulting 92% graduation rate underscores the value of the VDP. Cape May County is another success story. That program has nine graduates, no terminations and six current enrollees. In both counties, no VDP graduate has returned to court with new charges. These individuals have once again become productive members of the society they served in uniform.

An added benefit has been community recognition. Atlantic County Assistant Prosecutor Rick McKelvey notes, “by working together—prosecutors, defense counsel, the courts and the VA—we show veterans that the community at large not only respects their service, but understands their struggle and is rooting for their success.”

Veterans are afforded hard-earned care from the VA. The VDP links justiceinvolved veterans to the care they deserve. The VDP is available to active, retired and reservist service members accused of non-violent crimes. They must be diagnosed with a mental illness or demonstrate such symptoms to law enforcement, friends or family members. That illness or condition must be related to the offense charged. Enrollment into the Program is voluntary, but the willingness to participate is required.

The law establishing the VDP requires the State Department of Military and Veterans Affairs to work with state and county law enforcement, the State Department of Human Services that oversees community mental health providers, and federal veterans’ agencies to compile a directory of appropriate treatment services.2 Mentors are assigned to veterans who are diverted into the program. Mentors are active-duty service members or veterans who successfully completed a state training program. They provide support to the veteran throughout the VDP process.

The law requires the New Jersey Attorney General in cooperation with the Director of the Administrative Office of the Courts (AOC) to issue annually a report to the Governor on the Program’s performance.3 The AOC is tasked with developing a differentiated mental health supervisory case type for its Probation Division and—resources allowing—assign probation officers with experience in behavioral health and therapeutic interventions targeted to military culture.4

Police can recommend a veteran for the VDP at any point after the veteran has been charged, and defense counsel can seek their client’s admission at any point prior to the disposition of the charge(s). Generally, veterans who commit petty disorderly or disorderly persons offenses, or fourth- and third-degree crimes can qualify for enrollment. Some examples of these are drug possession, criminal mischief, shoplifting, trespassing and prescription fraud. The prosecutor, however, has the sole discretion to determine if an eligible veteran qualifies.5

In making a decision on admission, the prosecutor considers the nature of the eligible offense, the causative relationship between the veteran’s diagnosis or apparent mental illness and the commission of the offense, the veteran’s amenability to participation in services, and whether diversion will promote recovery, prevent future criminal behavior and protect public safety.6

The veteran must agree in writing to the prosecutor’s terms for admission.7 The period of supervised treatment shall not exceed two years.8 If the veteran successfully complies with the terms and conditions of the diversion agreement,the prosecutor will move for dismissal of the charges.9 Unlike other diversionary programs, such as the Pre-Trial Intervention Program, a veteran may be admitted
into the VDP more than once.10

VDP Benefits Veterans and the Community John Walter, the U.S. Department of Veterans Affairs Justice Outreach Specialist for southern New Jersey, helped start two treatment courts in California. That makes him an ideal judge of the benefits of the VDP in New Jersey. He also plays a critical role in Atlantic County’s VDP. He serves as a clinician who assesses treatment needs and connects veterans to services, and he advises the prosecutor and court each month on a veteran’s progress.

Walter understands that individuals will do what is required to have their charges dismissed. But he has also seen transformative interactions with the court that he describes as “magical.” They stem from the court, as an authority figure, showing interest in the veteran by providing support when the person before them is doing well and criticism when necessary. He says these interactions lead to “epiphany moments” for veterans who decide it’s time to put their “life back in order.” For those veterans, the case is no longer merely about getting the charges dismissed. It’s about making real changes in one’s life.

Atlantic and Cape May counties Presiding Criminal Part Judge Bernard E. DeLury, Jr. heads the VDP in those counties. He is a retired U.S. Navy Captain. Judge DeLury notes veterans respond to leadership. He credits the collaborative leadership of the VDP team for Atlantic County’s accomplishments. He says, “we show the veteran where he or she can go with their life, and instill in them a desire to get there.”

Here are what some recent Atlantic County graduates had to say about the program. One graduate called herself “living proof that you can go down a bad path. But you don’t have to stay there.” Her lawyer told the court the VDP helped “turn her life around.” Another graduate said the program “saved my life” and thanked the team “for giving me a second chance.” A third urged other VDP participants to “keep believing and trust people who are trying to help you. They will help you turn your dreams into reality.”

For these graduates, the program was truly transformative. When veterans like them rejoin society as law-abiding and productive members, everyone benefits. There is no reason why these results cannot be achieved in every county.

In just over four years, the program has demonstrated great success where it has been embraced. Yet, it is capable of so much more. What is needed, however, is a statewide commitment and comprehensive administration.

Institutionalizing the approach in the Superior Court, as with the Drug Court, would increase utilization through a statewide mechanism to draw attention to the program as an option, and in the municipal courts similarly through Central Municipal Court Management.

At the same time, a commitment from the New Jersey Attorney General to implement the program statewide is necessary. Counties like Atlantic, Bergen, Cape May, Hunterdon, Middlesex and Ocean have shown a commitment to VDP. Directing all County Prosecutor Offices to implement the program is critical to its expansion, its effectiveness and to ensure its availability to all qualified New Jersey veterans.

Achieving the full potential and maximizing the immense value of the VDP should be a statewide goal. President Abraham Lincoln said it best in his Second Inaugural Address delivered near the end of the Civil War: government has an obligation “to care for [those] who shall have borne the battle.”11

While service members are dedicated to the proposition that they leave no fallen comrade behind, our system of justice should do no less for those who place everything on the line to preserve our freedoms and our Rule of Law. Let us strive to improve on this rehabilitative lifeboat. Because in the end, as Atlantic County’s VDP has shown us, we all will be better for it.

By Citizen Soldier Law | Posted on March 7, 2022
« Using A Board Of Corrections Decision For IDES Consideration
Final Restraining Orders (FRO) Are Not Easy to Change »